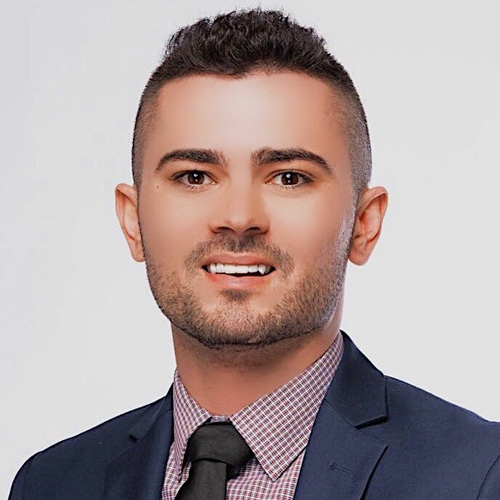 Tell us a bit about yourself, your current position and your background.

I am originally from the North Shore of Chicago, a group of suburbs just north of the city. I completed my undergraduate education at Indiana University – Bloomington, majoring in Healthcare Management & Policy. After completing my undergraduate education, I served in several Performance Improvement/Lean positions in Indiana. In 2018, I relocated to Los Angeles for my current role. I serve as a Performance Improvement Analyst in the Value Improvement Office at Keck Medicine of USC. The department is split into “Pods”, and my Pod supports Verdugo Hills Hospital in Glendale. We provide Project Management, Process Improvement/Lean Methodology, Data Analysis, and Decision Support for the leadership team. I am also continuing my education at USC in the Master of Health Administration program.

When did you become a member?

I became a Student Associate of ACHE in 2015, I am now a Member.

Why did you decide to pursue a career in health administration?

My mom is a physician, and as many children of healthcare workers do, I grew up wondering if healthcare might be a good fit for me, too. However, although healthcare continued to be of great interest to me as I approached my undergraduate years, I decided that I wanted to explore my interest in business. I started school as a Finance major, and soon found that it was not the path for me. I was lucky enough to have a guidance counselor who knew my situation well, including my interest in healthcare. She informed me that the university had a Healthcare Management & Policy program. At the time, I had no idea what this degree entailed, or what doors it would eventually open for me. It was an excellent fit, and I have been fortunate to have very rewarding academic and professional experiences so far.

Why did you join ACHE/HCE?

I joined ACHE as a Student Associate at IU. One of my professors, also a Fellow of the American College of Healthcare Executives, encouraged all students to join.

What is the greatest benefit you have received from HCE so far?

By far the greatest benefit I have received from HCE was the networking and professional development opportunity that the BridgeRoads program offered. In 2017, I was ready to relocate out of Indiana – either back to Chicago, or to a new city. I reached out to several Early Careerist Council Chairs in various cities and inquired about any opportunities I might have to network. I had my eyes on Los Angeles as a destination, and through the HCE ECC Chair at the time, was connected to the BridgeRoads program. It was there that I met Tricia Kassab, who became my mentor, and Kenny Pawlek, who helped create the connection to my current position.

Who had influenced your career most?

I am so grateful for Tricia Kassab’s mentorship! She truly influenced my career the most so far. Having a mentor is so important. Prior to my relocation, we worked on developing my professional brand and building my network in Southern California.

Where do you see yourself in the next 5 years?

I see myself in a leadership position within Performance Improvement within the next 5 years.

Do you have any good book/newsletter/podcast recommendations for other HCE members?

Recently someone recommended the TedMed Talks to me. So far I’ve enjoyed them!